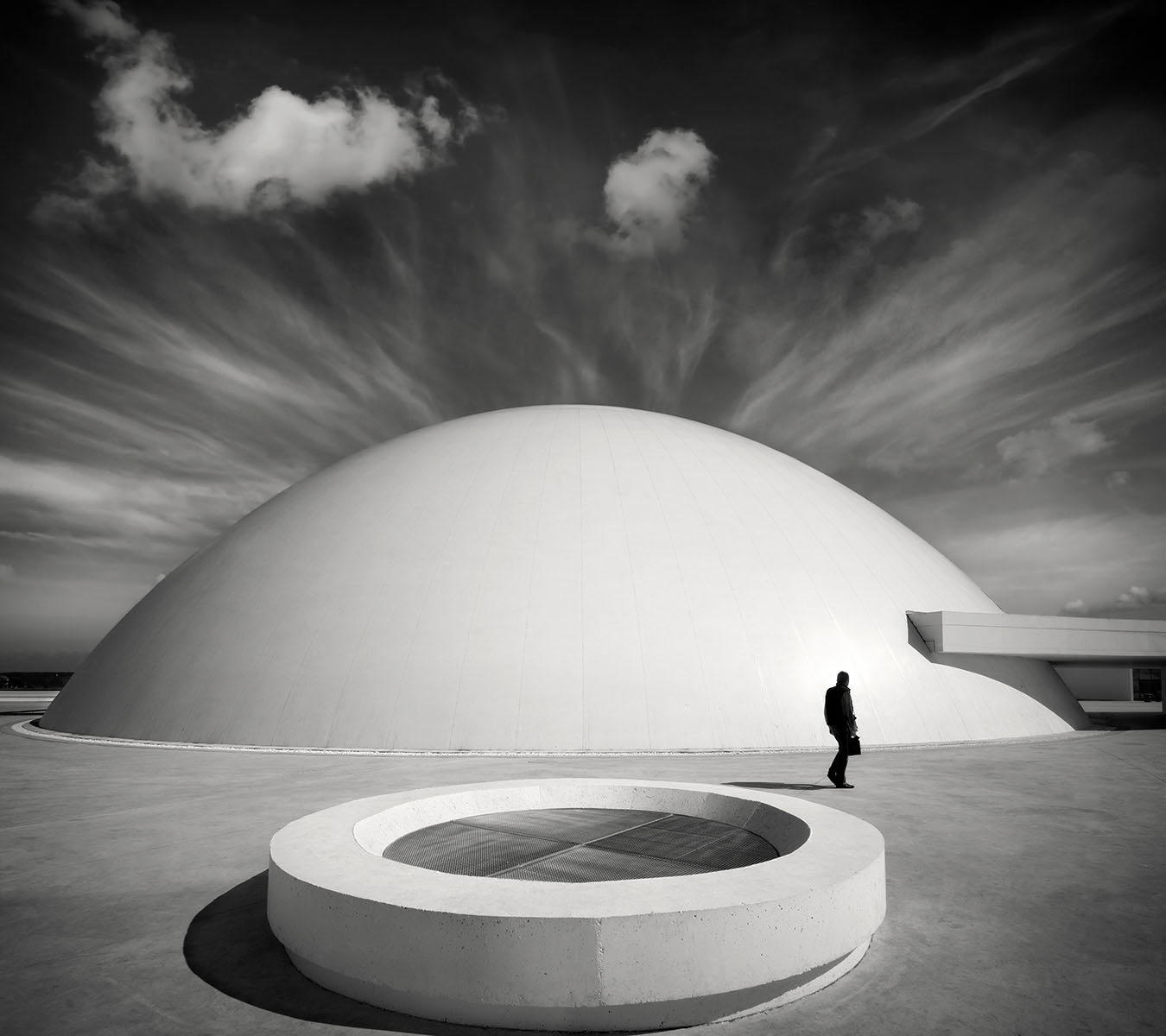 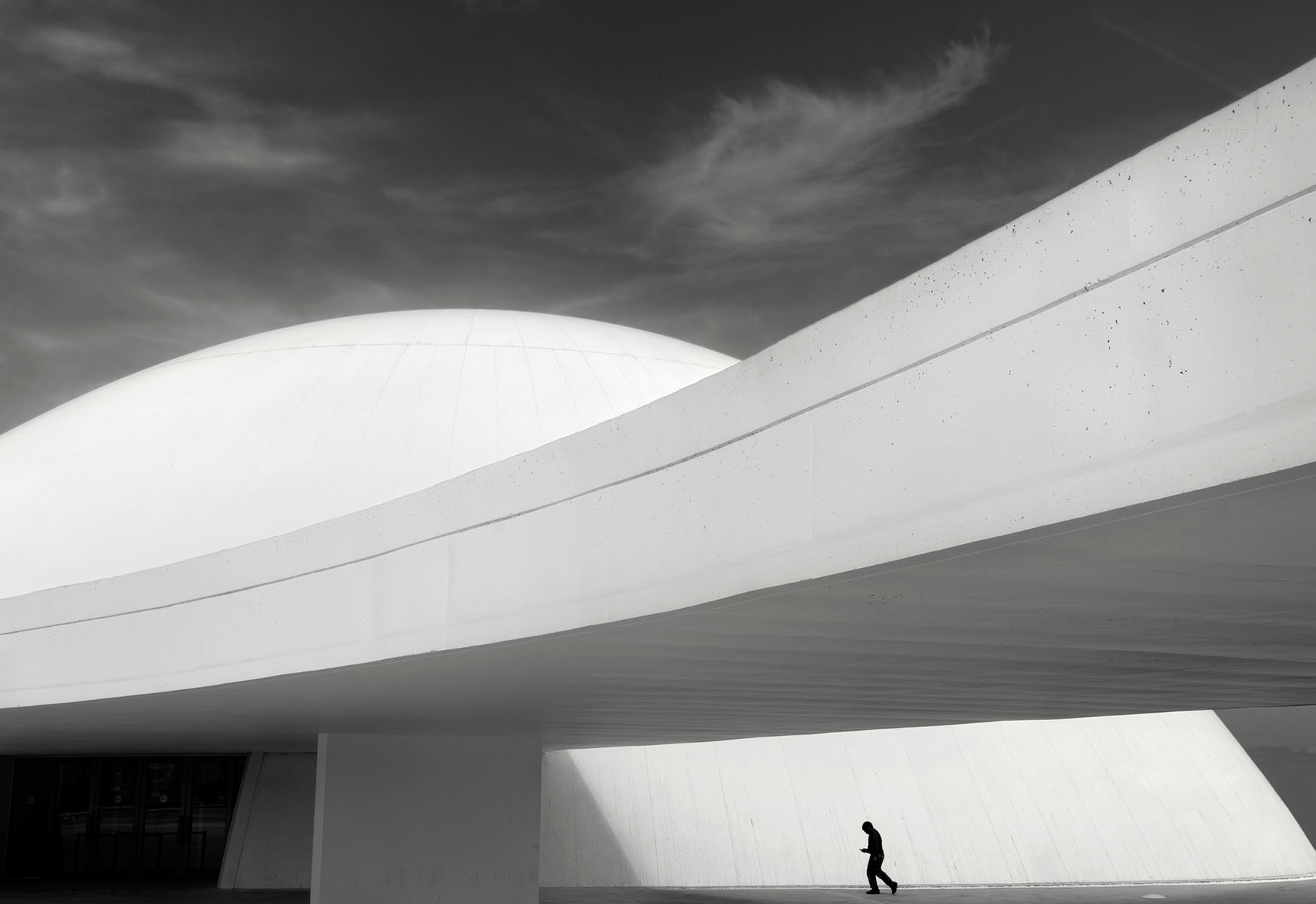 Two of the images were recently awarded in international competitions.
The photographs were taken during the Niemeyer opening exhibition curated by Asier Mensuro : “Light” from Carlos Saura in 2011, in which Ramón Vaquero also participated.
Large format copies were made by Copies de Autor in Vigo, on cotton paper Canson Infinity Platine Fiber Rag 310 g. museum quality. 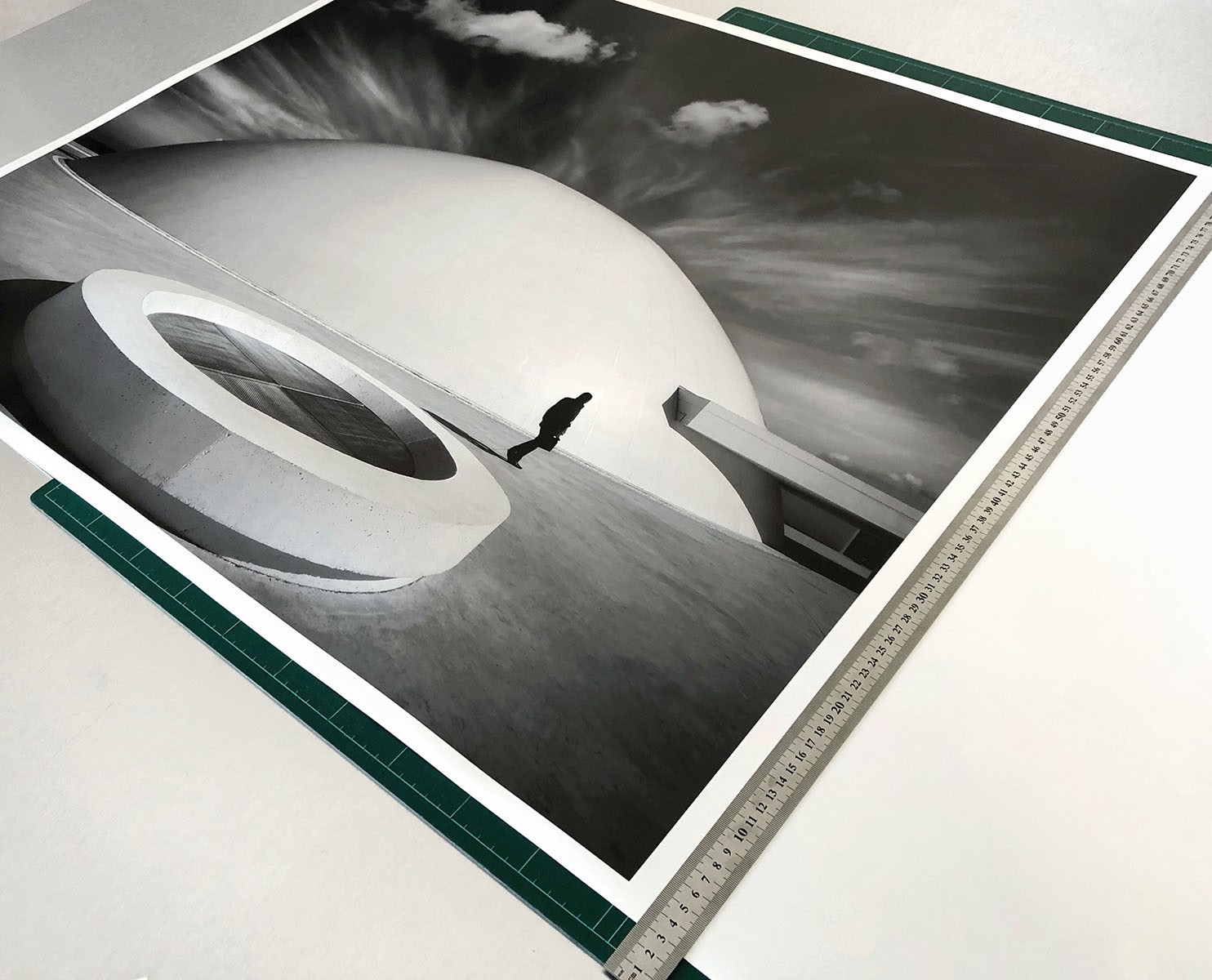 Under the title Niemeyer Center. Reflections of Asturias shows 60 photographs and three artistic reproductions centered on the cultural complex designed by Oscar Niemeyer. Through them the first steps of the works in the year are covered 2007, the whole construction process, the end result - showing the Niemeyer Center as a work of art in itself- and, also, some images of outstanding cultural activities that have been developed in its spaces throughout all these years.

The exhibition, produced by the Niemeyer Center and sponsored by Caja Rural de Asturias, will open at the Municipal House of Culture of Llanes on 1 July, where it will remain exposed until 29 of August. But this will not be the only venue where the sample can be seen, since it is conceived as an itinerant and aims to reach various Asturian councils over the next few months.

Its objective is to bring the history and importance of the Niemeyer Center closer to all citizens, not only in Asturias but in Spain and Europe. With this goal in mind, the exhibition delves into territorial cohesion and does so through culture, approaching Asturians a cultural production generated in Avilés.

Thank you very much to the activities coordinator of the Center Borja Ibaseta, and also to Author copies.