The gala held in the auditorium Orona Fundazioa of Hernani, hosted over 200 invited attendees. Total, the Photographic Society of Gipuzkoa, organizer of this international event, granted a total of 66 awards.

The gala awards ceremony was attended by the mayor of San Sebastián, Eneko Goia and deputy general, Markel Olano. Both representatives took delivery of several awards on behalf of the San Sebastian City Council and the Provincial Council of Gipuzkoa. 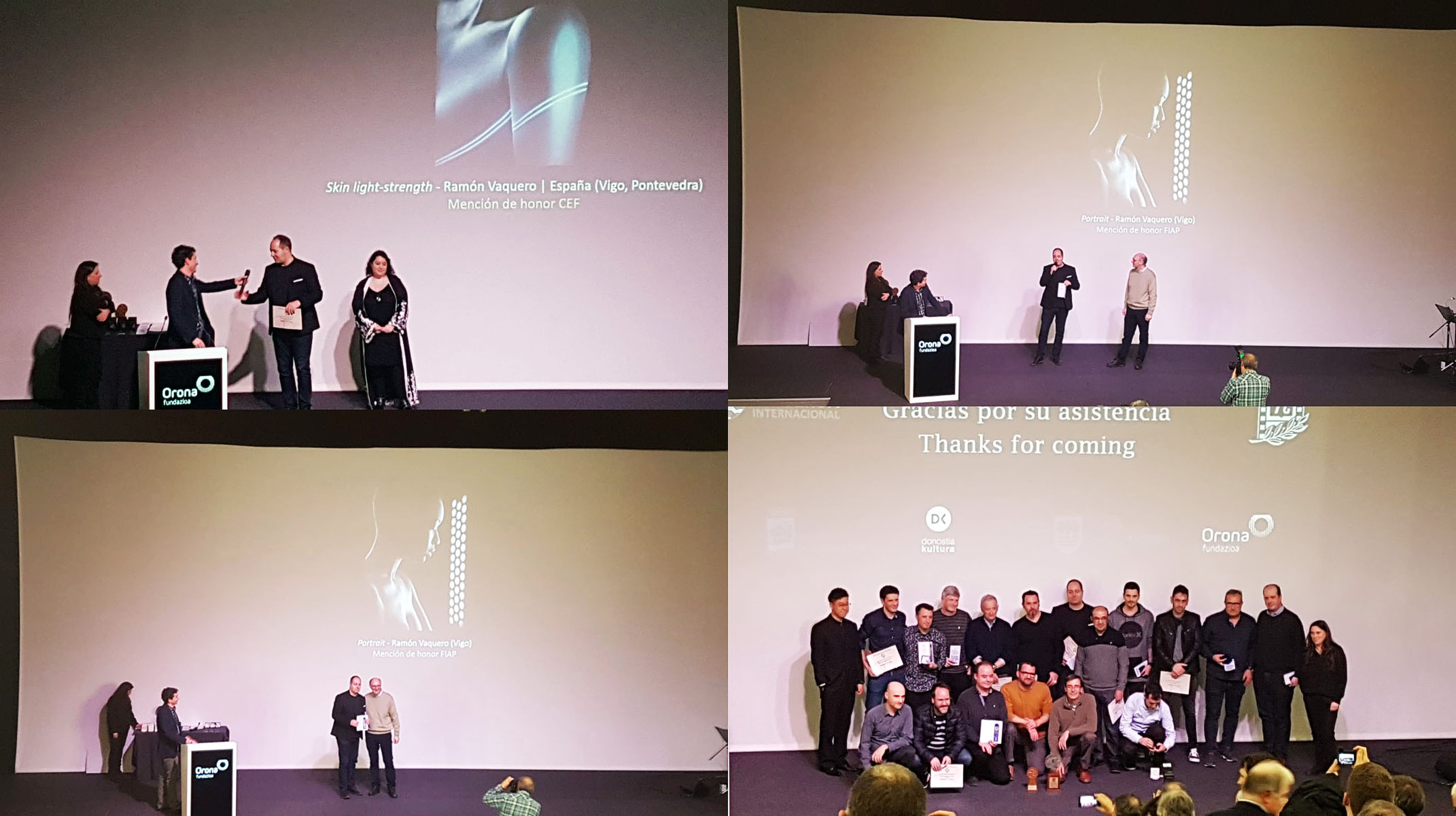 It was a pleasure meeting that night with great photographers like Asier Garagarza, Gus Busselo, Luis Martinez Aniesa, Manu Barreiro, Oskar Gaskon, Vladi García, Iñigo Barandiaran and many others rewarded with impressive quality works, meeting lovely people as well and enjoying the excellent organization from the team of the Photographic Society of Gipuzkoa. Thank you very much to all, especially the president of the contest Marian Martin.