Shot in Fuerteventura, the first picture just received the First Place Award winner in Fine Art Professional in the 2019 edition of the Monochrome Photography Awards, a prestigious international competition based in London dedicated to promote images taken in black and white by photographers around the world. The second image shown, taken at the Centro Niemeyer Aviles, has been awarded with a Honorable Mention in Architecture Professional. 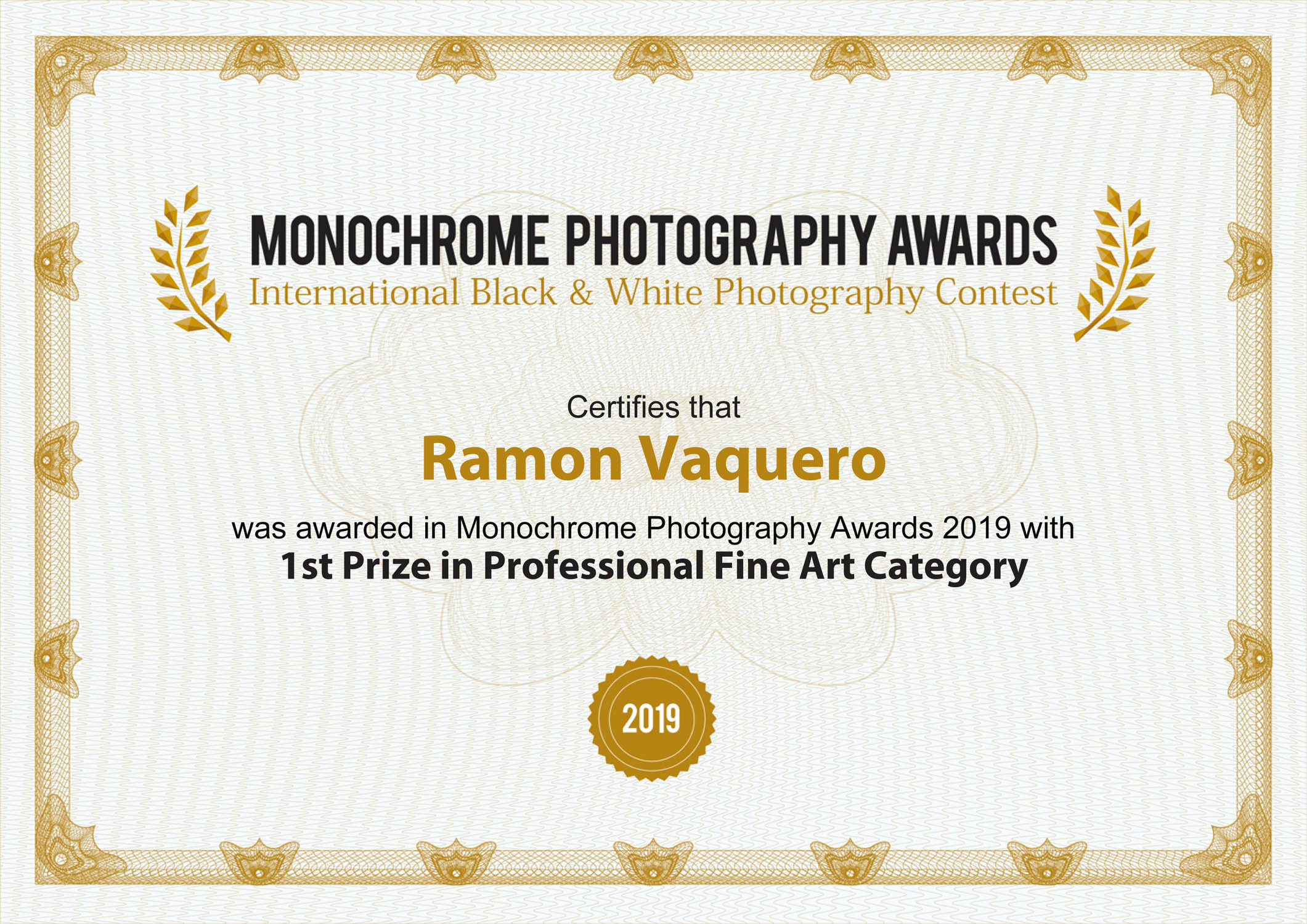 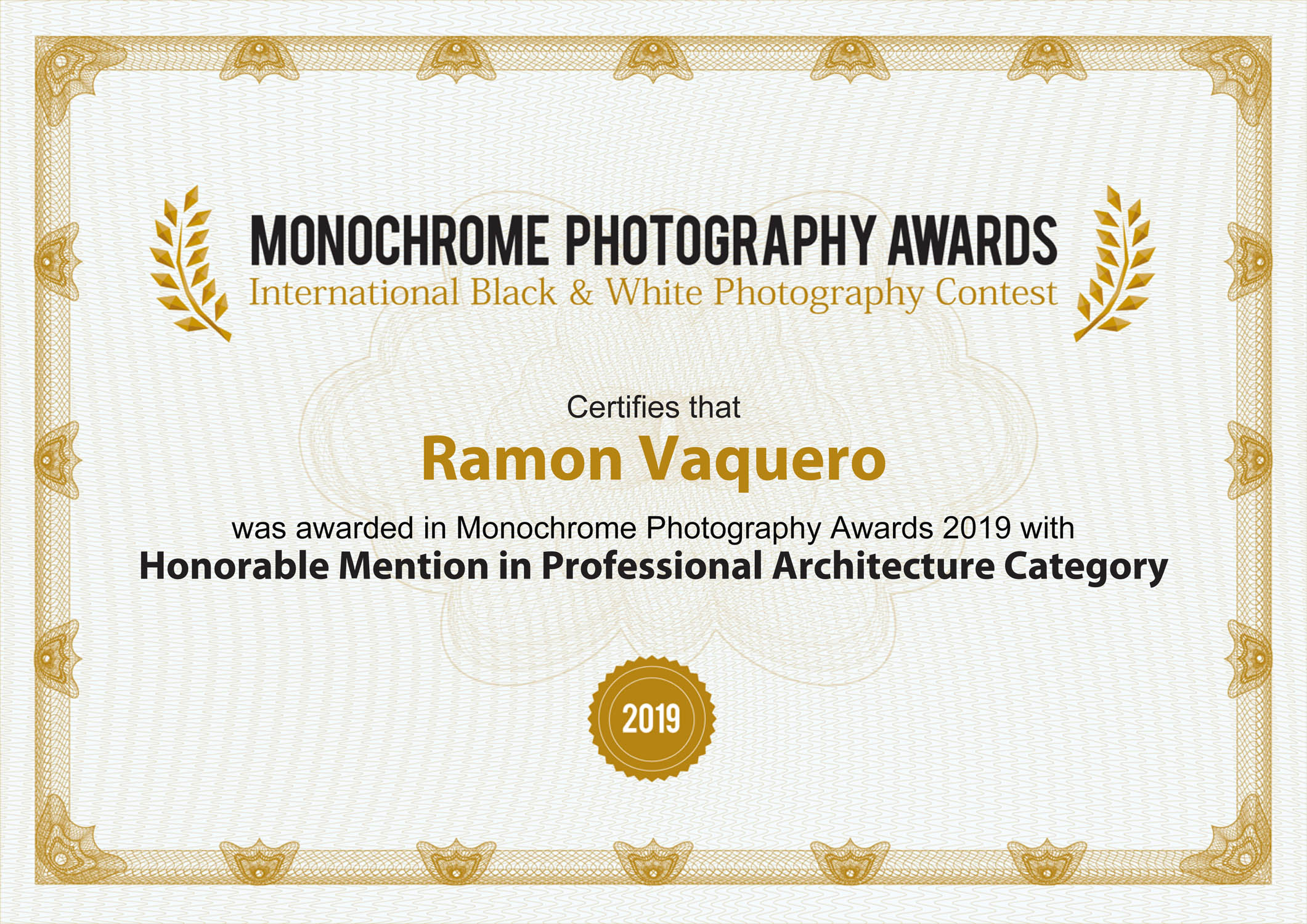 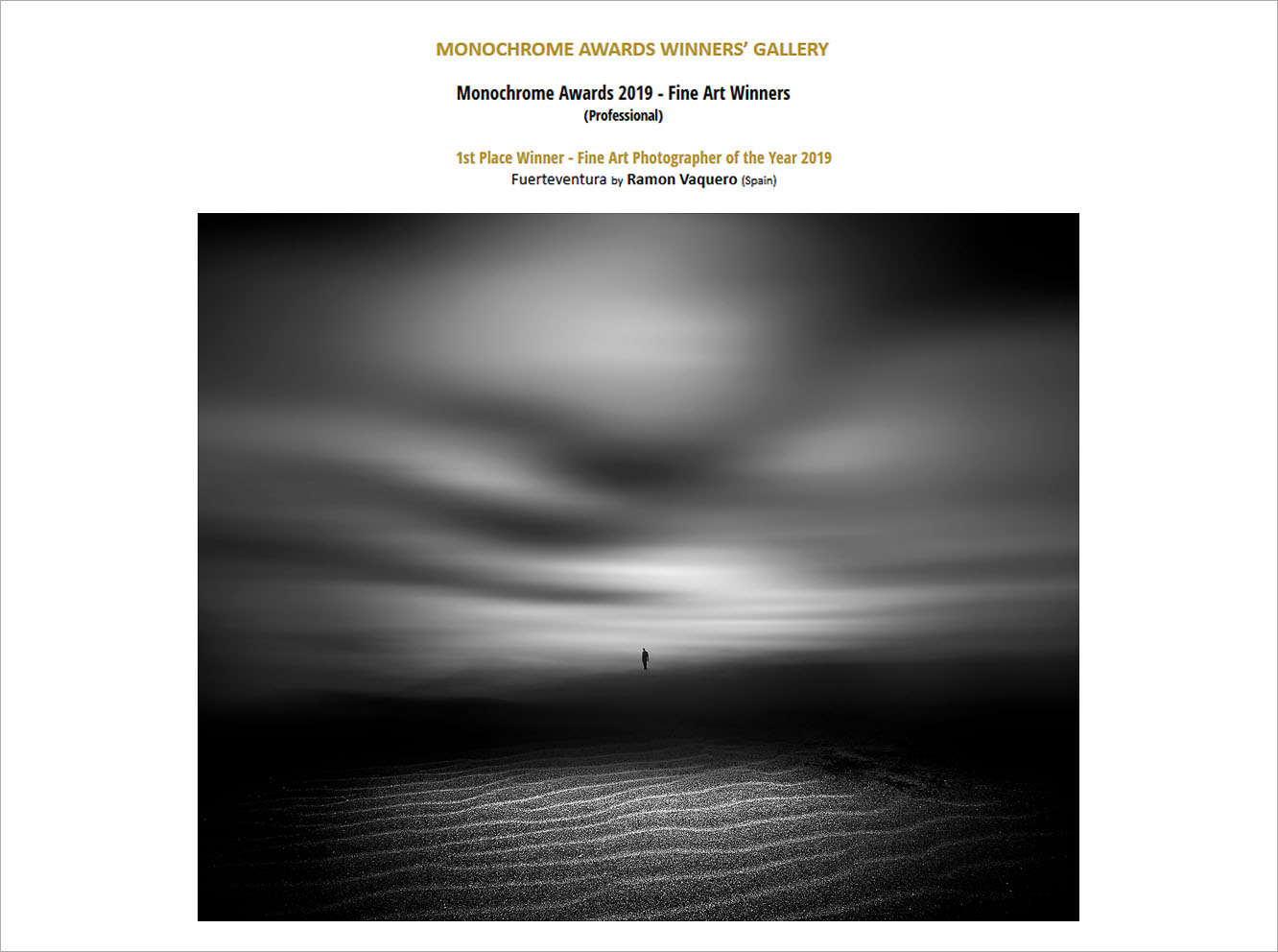 The photograph awarded with the first prize will be published in the annual book of Monochrome Photography Awards.

Congratulations to all the winners and honorable mentions, thank you very much to the Monochrome Awards jury and organization for these two new awards.

Fuerteventura
Part from a shooting at Fuerteventura island. It was intended to shoot on a sunny day at the Corralejo Dunes national park- especially for color images! -, but the weather turned so cloudy that the main idea was discarded.
There was just one man standing at the top on the dune, so he turned to be a point to give meaning and scale to the whole atmospheric landscape.
This is one of these situations where photographers have to give the previous idea away and be open to new ways and improvisation.